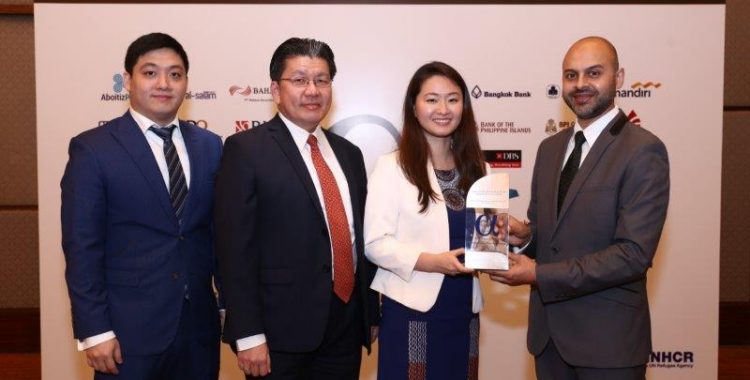 The P1.2 Billion Initial Public Offering of SBS Philippines Corporation (SBS) was named as 2015 Best Small Cap Equity Deal of the Year in the Marquee Awards of the 9th Alpha Southeast Deal and Solutions Awards.

The award recognised SBS as among the best investments in the Southeast Asia region based on a poll of investors and analysts across the region. It cited the continued strong stock performance since its trading debut in August 2015 and strong business fundamentals of the company.

“We are most grateful for the level of confidence that investors have on SBS and we thank Alpha Southeast Asia for the special recognition accorded to SBS. As a relatively obscure company, it is a great privilege for SBS to be recognized in the Marquee Awards of the of the 9th Alpha Southeast Deal and Solutions Awards. We certainly celebrate the importance highlighted by this award as a testament of our commitment to evolve as an emerging small cap company and deliver long term value to our shareholders and stakeholders,” said Mr. Necisto U. Sytengco, SBS founder and Chairman of the Board.

The award presentation ceremony was held at the DoubleTree by Hilton in Kuala Lumpur, Malaysia on 2 February 2016.

SBS Philippines Corporation is one of the country’s largest chemical traders and distributors which have for its clients some of the Philippines’ largest corporations. As a trader-distributor, the Company operates as an important intermediary between large chemical producers-suppliers and end market users of chemicals, serving as the “one-stop-shop” single partner for the various chemical needs of its customers. It offers a comprehensive selection of chemical products to service its wide set of clientele in the following industries: (i) food ingredients, (ii) industrial, (iii) feeds and veterinary care, (iv) pharmaceutical, (v) personal care and cosmetics.

We would like to inform all stockholders of record as of April 10, 2019 of SBS Philippines Corporation that in relation to the Company’s Annual Stockholders’ Meeting scheduled on May 22, 2019, the 1st quarter Unaudited Interim Financial Statement and Management Discussion and Analysis of Financial Condition and Results of Operation for the period ended […]

SBS Philippines Corporation and its subsidiaries (“SBS” or the “Group”), one of the leading chemical trading companies in the Philippines, reports on its financial results for the twelve month period ended 31 December 2018. 2018 Consolidated Highlights: 2018 net sales amounted to P1.17 billion, up 6.6% compared to prior year Gross profit grew by 11.7% […]